Director of Artistic Outreach for Idyllwild Arts Academy, Jonathan Sharp will be a Special Guest Instructor at IPBA in July!

Jonathan Sharp was trained at National Academy of the Arts and the School of American Ballet, the official school of the New York City Ballet. While on full scholarship at SAB he was trained by master teachers Stanley Williams, Peter Martins, Andrea Kramarevsky, Suzanne Farrell, Alexandra Danilova, Suki Schorer, and Sean Lavery. He danced professionally with the Boston Ballet, the Pennsylvania Ballet, and the touring Stars of American Ballet, headlined by Robert LaFosse and Darci Kistler. He has appeared on Broadway in the original casts of “The Red Shoes,” “Carousel” (1994 Tony winner for Best Revival), “The Rocky Horror Show Live,” “The Dance of the Vampires,” and “Fiddler on the Roof.” He has also appeared on television as a contract player on “Another World” and guest-starred on “Law and Order” and “Gilmore Girls.” He has taught at Idyllwild Arts Academy for sixteen years. He teaches, directs and performs internationally. He was Associate Director of Inland Pacific Ballet (2016-2019) as well as a principal dancer with the company for over 10 years. 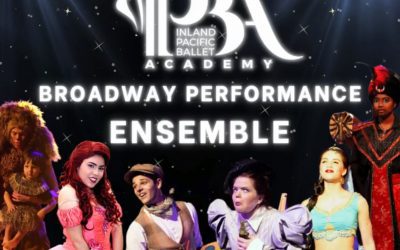 Recently, IPBA added a new element for Jr. Broadway Program students interested in musical theater.  The new Broadway Performance Ensemble will allow students to be part of an ongoing troupe that trains together.  Emphasis will be on refining vocal, dance, and acting...

END_OF_DOCUMENT_TOKEN_TO_BE_REPLACED 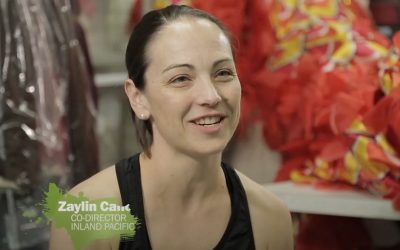 https://youtu.be/rd1vOiczicA This original production features highlights from The Nutcracker, filmed with green screen technology in October KVCR/PBS The Inland Pacific Ballet Academy, located in Montclair, is the premier ballet company in the region, providing...