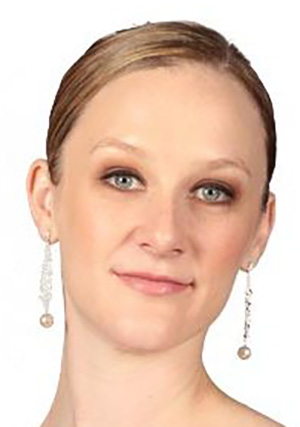 Chloé’s training started at age 4 and included the RAD (Royal Academy of Dance) and Cecchetti methods, as well as some Vaganova. She obtained her Advanced 2 in RAD (Distinction) and Advanced 1 in Cecchetti (Honours).

Chloé performed as a professional ballet dancer for over 16 years and was a Senior Soloist with South African Mzansi Ballet (formerly The South African Ballet Theatre – SABT). She performed numerous soloist and principal roles including The Sugar Plum Fairy and Snow Queen (The Nutcracker), The Lilac Fairy (The Sleeping Beauty), Myrthe – Queen of the Wilis (Giselle), Mercedes and Queen of The Dryads (Don Quixote), The Fairy Godmother (Cinderella), The Mazurka (Les Sylphides), Teressina (Napoli) and one of the three Principal Ladies in Who Cares? In 2010, the Artistic Director, Iain MacDonald, created the role of The Christmas Tree Fairy for her in The Nutcracker.

In 2006, Chloé was part of a cultural exchange with Royal Swedish Ballet where she performed in La Bayadere and was fortunate enough to work with Natalia Makarova.

During her professional career, Chloé worked with top producers and choreographers such as Patricia Neary, Janeck Schergen, Ronald Hynd, Natalia Makarova and Maina Gielgud. She performed in all the great classics as well as neo-classical pieces by George Balanchine, Kenneth McMillan and Choo San Goh.

As well as performing on stage, Chloé was appointed Project Manager for SABT’s historic tour to Muscat, Oman in December 2011, and in January 2012, as Acting General Manager. She was then appointed as the Company Manager and Assistant to the Artistic Director in July 2012. She taught Company class and conducted various rehearsals. She was also responsible for teaching and co-organizing the Company’s Annual Winter School for three years running.

In 2011, Chloé obtained her Certificate in Ballet Teaching Studies (CBTS) with the RAD and she is currently a registered teacher.

Chloé moved to California in May 2013 and joined the IPBA faculty in August 2013.