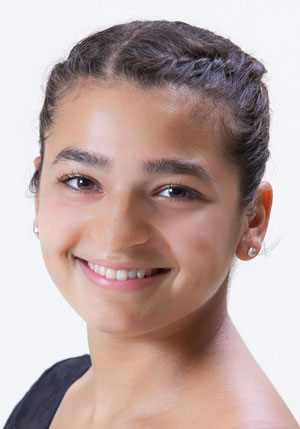 Grace is 15 years old and began dancing at the age of nine at Inland Pacific Ballet Academy. Since then, her love for ballet has only grown. She has appeared in the IPB Academy’s annual Spring Recitals including The Sleeping Beauty, Coppelia, A Midsummer Night’s Dream, Swan Lake, and The Little Mermaid, where she had the privilege of performing as the Lobster. She has also loved performing in Inland Pacific Ballet’s annual production of The Nutcracker for the past five years and is looking forward to future seasons. Grace has participated in the IPB Academy Summer Intensive for several years, and in 2019 attended American Ballet Theatre’s Summer Intensive in Irvine, CA. In addition, she has also taken part in IPB Academy’s Jr. Broadway Program and has appeared in Beauty and the Beast, JR., Mary Poppins, JR., The Lion King, JR. , Aladdin JR., and Moana JR.. Grace is very thankful, and feels blessed for every opportunity she has been given by her amazing teachers, and all the love and support from all her family and friends.