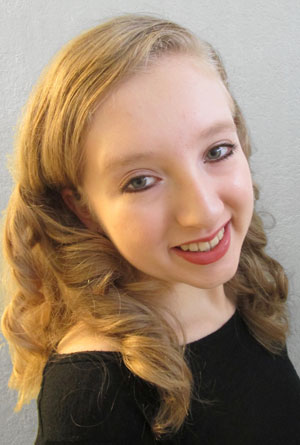 Lindsay began her dance training in ballet, tap, jazz, and musical theater at the age of 3. At 9 years old, Lindsay began to study ballet with Inland Pacific Ballet Academy, after performing in her first IPB production of The Nutcracker. Lindsay has also performed in Inland Pacific Ballet’s Cinderella and The Little Mermaid. Lindsay has attended IPBA’s Summer Intensive program in past years, and has had numerous performance opportunities with the IPB Academy, including the honor of dancing the role of Odette in IPBA’s 2019 Spring Recital performance of Swan Lake. Lindsay was also a member of the IPBA Youth America Grand Prix Ensemble which was invited to complete in the YAGP Finals in NYC. Sadly, due to COVID-19, the ensemble was not able to attend. Lindsay has also had the privilege of attending American Ballet Theater’s (ABT), world-renowned Summer Intensive Program in New York City, instructors including Cynthia Harvey, Sascha Radetsky, Leslie Browne, and Petrusjka Broholm. Lindsay has also attended The Washington School of Ballet’s Upper Division Summer Intensive and School Year Program under the direction of Julie Kent, receiving training from Xiomara Reyes, among others. Lindsay has performed in many musical theater productions as well, having performed in VSPA’s Seussical (Cindy Lou Who), Annie Jr. (Tessie), IPBA’s Beauty and the Beast Jr. (Lumiere), Mary Poppins Jr. (Winifred Banks), Lion King Jr. (Timon), and Seussical Jr. (Mayzie). Lindsay is thrilled to have this opportunity to perform and train as an Inland Pacific Ballet Academy Apprentice. She would like to sincerely thank Victoria Koenig, Jill Voznick, and all of the wonderful IPBA teachers!