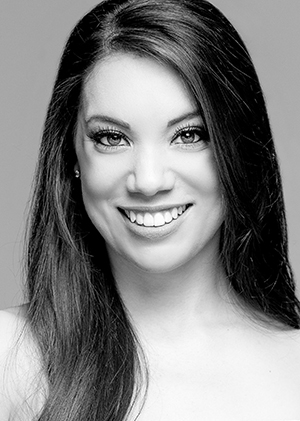 Jenna Valdez began her ballet training at age four at Inland Dance Academy under the direction of Evette Demarco Swinson and Diane Amendt. In 2011, she joined Los Angeles Ballet as a trainee and appeared in their production of Swan Lake. From 2012 to 2013 Jenna worked as a dancer at Disneyland Resort and Disney California Adventure. She performed the lead roles in Disney California Adventure’s Phineas and Ferb’s Rockin’ Rollin’ Dance Party and was a Toy Factory Elf in Disneyland’s A Christmas Fantasy Parade. In 2013, Jenna moved to Mississippi where she accepted a trainee position with Ballet Magnificat. She toured with them throughout the Southern states, Mexico, and Honduras. Jenna returned to California in 2018 where she accepted an apprentice position with Inland Pacific Ballet. She has performed in IPB’s productions of Some Enchanted Evening, The Nutcracker, and The Little Mermaid. In 2019, Jenna was promoted to company member and in 2020 she also joined LA Dance Moves as a company dancer where she performed in their virtual world premieres of Beyond Limits and Pulse. Jenna is featured as the ballerina in Mexican music artist Kanales’s music video for “El Barquito.”