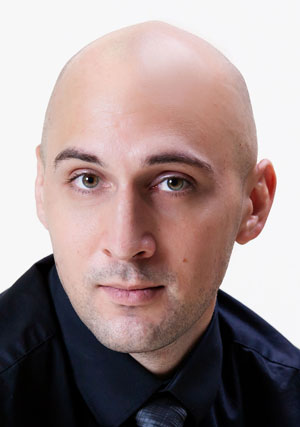 Joshua began gymnastics as a young child, constantly throwing cartwheels in his backyard and flipping around on the bars during recess. His love for movement and tumbling transformed into a love for dance and artistry during his senior year of high school, when he began performing in his high school’s colorguard program.  Joshua started officially training dance at Chaffey Community College, where he studied Ballet, Jazz, Modern dance, and more. Throughout college, Joshua continued to compete in colorguard programs throughout the state of California. Most notably, Joshua earned a spot as a character soloist in the 2013 Pacific Crest Drum and Bugle Corp production of Transfixed.  He has won several medals with groups throughout the WGl circuit, including the 2016 WGI Silver Medal with Santa Clara Vanguard Winterguard in their production of Rumble, Unravel, Rise — as well as a Bronze Medal with the 2019 Diamante Winterguard in their production of If It’s Meant To Be.

Joshua’s coaching philosophy is to train students in a safe and fun environment. He believes in following strict progression skills to minimize injuries while training. In Coach Josh’s classes, students can look forward to learning movements based on the four Olympic events, which include Floor, Bars, Beam, and Vault.