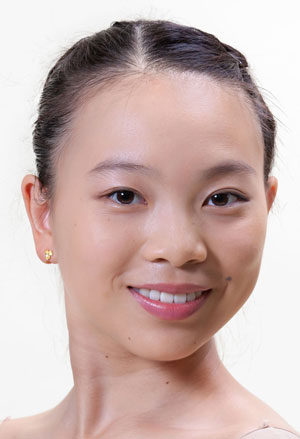 Celyna graduated from the prestigious Bolshoi Ballet Academy in Moscow, Russia with a degree for artist of ballet and teaching. During her years at the academy, she was blessed to perform in many ballets, including The Nutcracker, Sleeping Beauty, Paquita, and Don Quixote. She was also given many opportunities to perform in concerts, in roles such as Esmeralda from Esmeralda, three shades from Bayadere, Carmen from Carmen, and Queen of Dryad from Don Quixote. In addition to classical roles, she performed many character roles. Celyna is very happy to be back at Inland Pacific Ballet, her home studio, and to be performing with them in the The Nutcracker. Before going to Russia Celyna represented the IPB Academy at Youth America Grand Prix and received top 12 in 2016-17. She also competed in the World Ballet Competition, passing the final round and receiving a full scholarship to Kirov. She is very fortunate to have trained with many excellent teachers, including Anna Leonova (first soloist of the Bolshoi Theater), Anna Antonicheva (prima ballerina of the Bolshoi Theater), Valeriy Anisimov, Tatyana Pashkova, and more. Fun fact: she can speak fluent Russian due to the language barriers with teachers. Celyna has just begun her journey and is looking forward to the many exciting possibilities, opportunities, and performing many new roles.